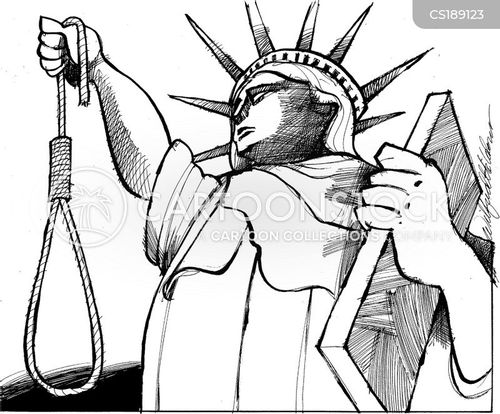 Paul’s letter to the Romans deals with subject of the Gospel, Christian life, after conversion, church life and living in society. On this last issue the Apostle gives clear teaching on the duty of the state to uphold good and put down evil. (13v3) He also makes it clear what is the responsibility of the believer. (13v5)

Paul also deals with the issue of Capital Punishment, speaking of the Government he says,

There is no doubt that he is making it clear that the state can execute just sentences on proven murderers. That is the ‘death penalty.’ This punishment was introduced by the creator God in Genesis 9v6 and is still on the divine statute book. The covenant made with Noah was made with all mankind.

‘Whoever sheds man’s blood, by man his blood shall be shed; For in the image of God He made man.’ (Genesis 9v6)

We will not look at the Hebrew  Torah for our guidance, whilst we accept the full inspiration of those Scriptures, they cannot be applied to the church today. (Except to confirm that for a stable and secure society, we must be protected from violent criminals) Whilst the Orthodox Jews seek to live by those Scriptures, they do so, within the framework of a secular state which no longer has capital punishment.

Paul’s inspired understanding of the role of the State is to use capital punishment as being just. This was the law throughout the  Roman Empire. Although a pagan society, they still upheld the sanctity of life, unlike the corrupting views of todays humanists, whose influence has removed the death penalty.

We do not support the death penalty as a deterrent alone, although, there can be no doubt it would deter some, but for the upholding of the sanctity of life.

‘The Scripture does not view the death penalty in such terms, but as a just punishment, demanded by the supreme sanctity  of human life. Human life is so sacred that deliberate murder is utterly heinous, and nothing but the supreme penalty is a suitable punishment  for such a crime. Paul maintains that the state carries, by divine authority, a real sword. It thus had both the right and the duty to extract the supreme penalty from proven criminals who have committed capital offences.’ (Rev S Olyott – The Gospel as it really is.)

‘…the power of the sword, although given as a restraint, was not only given as a restraint.  There is a deeper moral question here, and that is the question of justice.  The basic biblical support for capital punishment does not rest upon the principle of deterrence; that would be a secondary consideration. The primary consideration, biblically, for capital punishment, is retributive justice.’ (R C Sproul, The gospel of God)

But some Christians think that the coming of Christ has changed all these laws, we should now show the love of God to sinners, whatever their sin might be. This is typical of the contemporary church today, who are not influenced by the Word of God, but by the secular/humanist government. They forget that the Lord Jesus told the Pharisees, ‘to render unto Caesar the things of Caesar and unto God the things of God.’ (Matthew 22v21)

Life is cheap in the UK today, murders is common and no one seems shocked anymore. Life in prison does not mean life, and there are murderers who have been released into society to murder not once but twice.