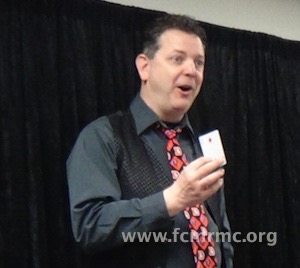 How do you attract people to the gospel of Jesus, especially teenagers, many of whom are interested in all that is not related to religion? How do you attract adults who have a short attention span and/or who might actually be hostile against the gospel? Sports, tributes to Elvis, and Christian magic tricks figure on the list of “bait” that can be used to draw the attention of the crowds to whom the evangelist can then introduce Christ.

It certainly sounds logical, and like a good idea. But, the word of God warns man against trusting in his own logic (Proverbs 3:5).

‘Trust in the Lord and lean not on your own understanding.’

What might seem like an excellent idea to man is not always pleasing to the Lord. And, the heart of every true believer in Jesus seeks to please the Lord. This article focuses specifically on the use of Christian magic tricks as a means of drawing people to Christ.

Christian Magic Shows: Do They Show the Power of God?

One of the reasons given for supporting the use of Christian magic for evangelism is that it is a fun way to talk about the supernatural power of God. As the magician makes things appear and disappear, he can explain to the audience that God is the Creator who made all things, and who can make your troubles disappear. This is just one example of the things that can be taught as the Christian magic tricks are being performed.

But, as good as this might sound, there is a reason why some believers reject what seems like a useful tool for evangelism? ‘Heavenly Manna’ supports that rejection based upon what the scriptures of God’s word says regarding magic. The Lord speaks sharply against ALL forms of magic as well as the people who practice them.

“There shall not be found among you anyone that maketh his son or his daughter to pass through the fire (sacrifice), or that useth divination, or an observer of times, or an enchanter, or a witch, or a charmer, or a consulter with familiar spirits, or a wizard, or a necromancer. For all that do these things are an abomination unto the Lord…” (Deuteronomy 18:10-12 AV)

Witches, warlocks, wizards, charmers, and enchanters are among the people who use various forms of magic. Considering that the Lord called the practice of magic an abomination, are we really to think that the use of Christian magic tricks is appropriate for evangelism?

Not even pretending to do things that are abominable to God has a place alongside the glorious gospel of Jesus.

We also read in the New Testament,

“Now the works of flesh are manifest, which are these: …idolatry, WITCHCRAFT…of the which I tell you before, as I have also told you in time past, that they which do such things shall not inherit the kingdom of God” (Galatians 5:19-21 AV)

Should believers in the Lord Jesus even pretend to do things that, when practiced for real, prevents the practitioner from the blessing of entering the kingdom of God?

Does the End Justify the Means?

Some will say that if Christian magic tricks get the job done of winning souls, the end justifies the means. Remember, the one who receives Christ is not who is in question. It is the one who chose to lift up a Christian magic show instead of lifting up Jesus. Christ said,

Jesus is not so boring and so much of a “turn-off” that we have to lift up everything, but him, in order to draw people.

Also, the end does not justify the means. If a citizen who is not an officer of the law kills a murderer, someone might say, “Oh well, at least there’s one less murderer in the world.” Does that mean that the actions of that citizen are automatically right? No, it does not. 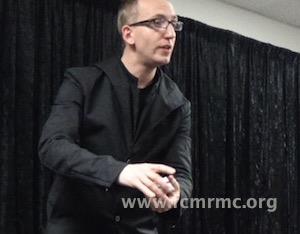 “And if a man strive for masteries, yet is he not crowned, except he strive LAWFULLY” (2 Timothy 2:5).

There is a right and a wrong way to do things in the natural world and to do things in the spiritual realm. Yes, followers of Jesus “follow the rules” when preaching his gospel. Christian magic tricks do not glorify God. They are not needed to teach spiritual truths; Remember, Jesus used parables for that. In fact, putting on a Christian magic show can, and has led to stirring interest in learning to practice real magic–an abomination before God.

Published by Heavenly Manna on their website – answering difficult questions.

(Can anyone imagine the Apostle Paul and his team in the Acts resorting to using magic tricks to teach the Gospel. We need to follow the teaching of Scripture in our methods as well as our message in reaching out to the lost.)

For article to justify use of magic see FCM website.