I think this is a tremendously helpful video if you have questions regarding Dinosaurs and the Bible. I’m personally well aware of the recent, mounting scientific discoveries that indicate that it is highly or one even might say ridiculously unlikely that dinosaurs became extinct millions of years ago from a scientific perspective, but this video really opened my eyes to the historical evidence that dinosaurs existed with man and I hope that you can find it helpful as well.

I personally find it very hard leaving all spiritual bias aside – that Genesis 1-11 is not clearly intended as a historical narrative. Some people have suggested that because it contains ‘high prose’ that it can be taken symbolically, yet the story of Abraham offered Isaac on the alter also contains ‘high prose’ as it were – are we also to suggest that Abraham didn’t literally go to offer Isaac on the alter?

‘It certainly helps us not to worry about the historical inaccuracy of Genesis 1-2, but the price is rather high; for it leaves with an interpretation of these chapters according to which they can virtually be replaced by the proposition ‘God made the world’. Surely, we are likely to feel there must be more to it than that!’

Prof Barton is absolutely correct in my opinion, for those suggesting a non-literal interpretation of Genesis 1-2 are in effect saying that either a) Genesis 1-2 may as well have not been written and it should just read ‘God made the world’ – which is completely unsatisfactory since what was the point of the all detail? or b) Since it is not to be taken literally – you can give whatever meaning you want to the text which is in effect postmodernism – you can then construct your own ‘literal’ history of the world, writing your own story as the ‘postmodern’ evolutionists do.

But one thing Prof Barton is incorrect about in this statement I believe, and I have personally challenged him on his views of the OT in this regard, is to say that Genesis 1-2 is indeed historically inaccurate, and I think that this video, very clearly, demonstrates that he is wrong about that. 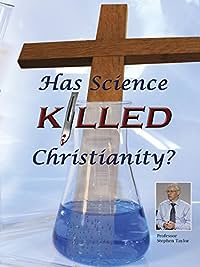